US and UK tax laws are constantly being updated. We believe that clients should always be aware of changes that may affect them. We have therefore written a number of articles based on current legislation which may be of interest. This information should not be taken as full comprehensive advice and we highly recommend that you contact a PJD tax representative for more information.

The wait is over and it has finally arrived!

After much debate and speculation, The Tax Cuts & Jobs Act of 2017 (TCJA) was enacted into U.S. Tax law on 15th December 2017 and is being called the biggest overhaul of the U.S. Tax code in over 30 years!

Many of these changes take effect from 1st January 2018 until the end of 2025. Some of the key changes from this Act are outlined in this article.

Did you know that US Citizen, or long-term residents, are required to report details about their non-US bank accounts to the IRS? This is subject to certain criteria. Read this article to find out if you should be filing one and please get in touch if you need any more information.

If you are a UK taxpayer claiming the remittance basis and you are approaching your 8th tax year of UK residence then you should consider the tax efficiency of your worldwide investments before they become subject to UK tax. Certain collective investment arrangements held outside of the UK can recieve punitive tax treatment.

If you sell a UK residential property while you are resident outside of the UK, you are required to report this sale even if there is no tax due! Read this article for information on the reporting requirements and how to calculate the gain.

As a US citizen, green card holder, or US resident you are required to report your worldwide income on your US Federal tax return. For Americans living outside of the US, or non-US nationals who have moved into the US, your investment portfolio will most likely include non-US investments. Understanding the US tax treatment of these foreign investments will help you better-structure your investment choices, and limit your exposure to draconian US taxes.

If you are domiciled outside the UK and you arrived in the UK within the last three years you may be entitled to claim UK tax relief for any work undertaken outside the UK. This is described as Overseas Workday Relief (OWR).

A brief summary of tax planning opportunities for US taxpayers with regards to their UK and US based pensions.

Are you eligible to get caught up on your US tax returns penalty free? 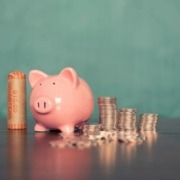 OK, so you are a US person and you live and work outside of the US. So the IRS allow you to claim a deduction for up to $101,300 of your non US earnings and also a part of your non US housing expenses on your Federal Tax Return, generous aren’t they! It’s a no brainer?